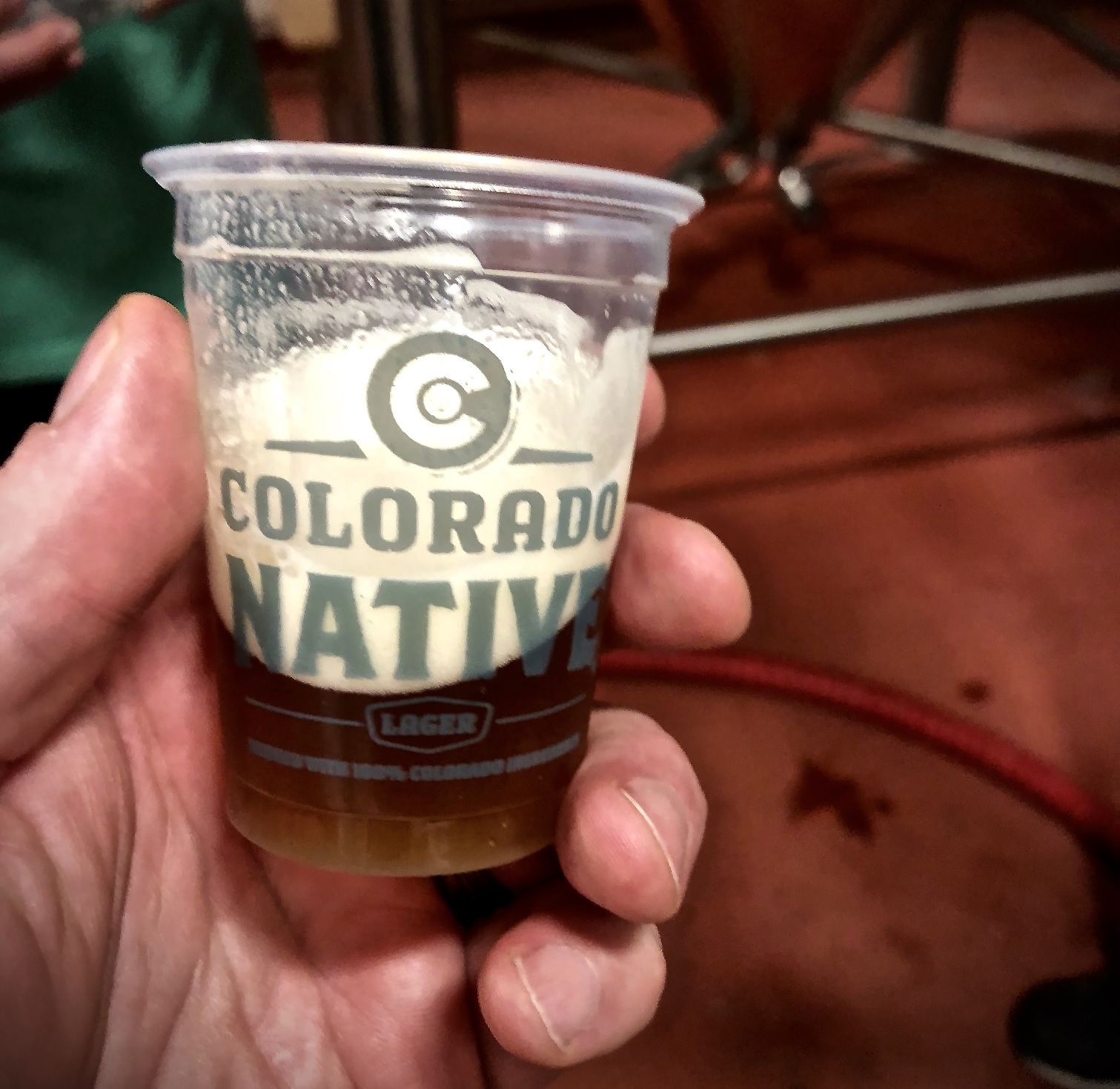 Welcome to our first Spotlight blog of 2018!

This month, we want to celebrate our great state of Colorado by letting you know about a business that isn’t exactly as small as the ones we normally feature but is as local as local gets. Colorado is known nationally for our spectacular craft beers, and here in Colorado we know that “Coloradan” love enjoying that unique perk. This month one of our top agents, Jeff Morris, got us the inside scoop at the marvelous AC Golden Brewing Company in beautiful Golden, CO.

AC Golden prides itself on being all about, and all from, Colorado. Every aspect of its Colorado Native beers is sourced within the state. “Everything from the water, to the hops, as well as all of the grain the goes into the beer is 100% Colorado,” said Cary Robichaud, “even the bottles that hold the wonderful liquid from Colorado Native are made in Wheatridge.” All their grain comes from the San Luis Valley in southern Colorado. Colorado Native is only sold in Colorado. It’s literally the only beer on the market where every piece comes from Colorado. 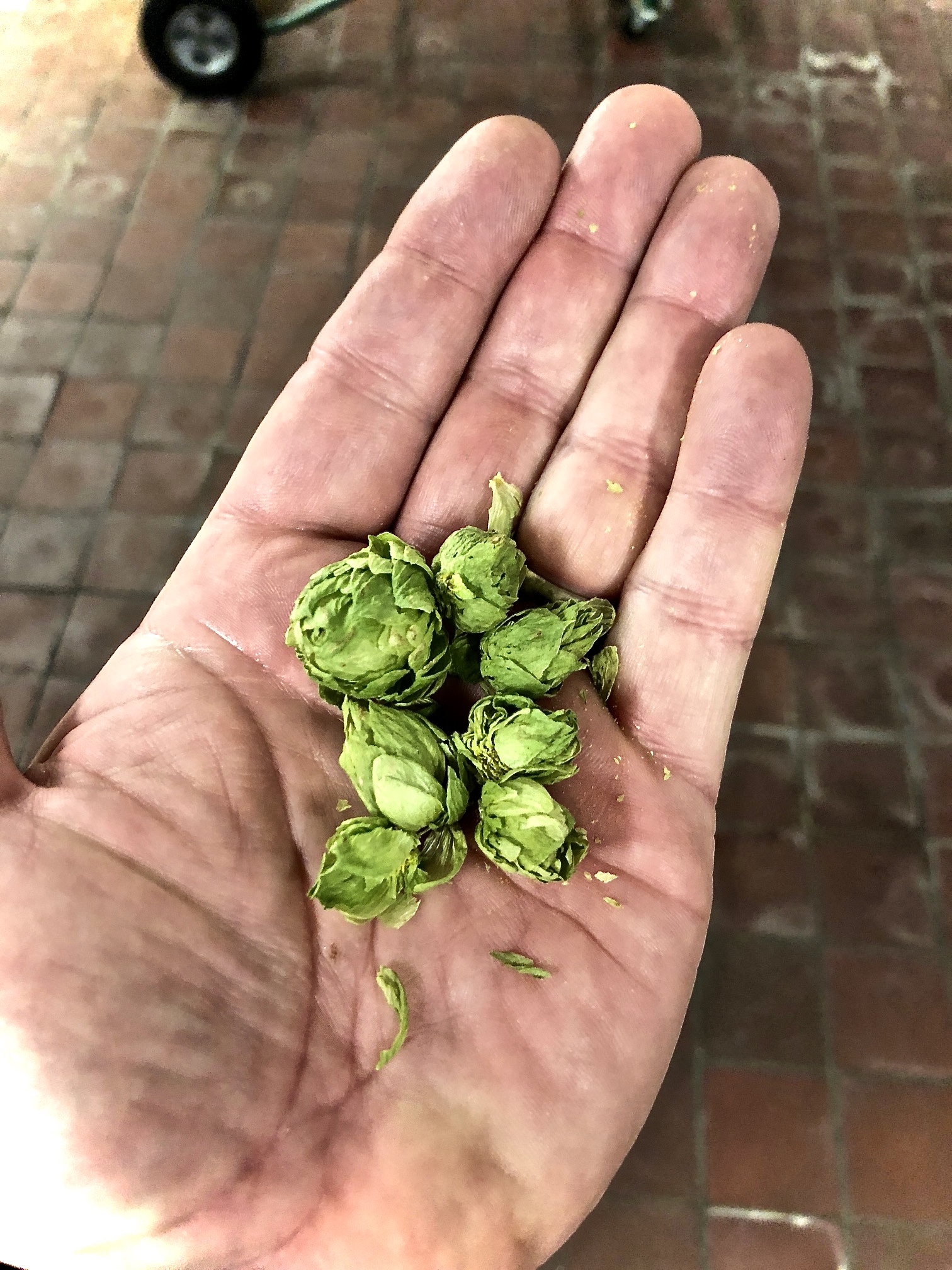 With a total of 5 brewmasters, 4 sales people, and 2 in management, AC Golden operates as an independent small business, despite being a part of the larger Coors Brand. It’s essentially a microbrewery within a macrobrewery. “Some people like to dismiss our small batch credentials, simply because we are owned by MillerCoors,” noted Cary Robichaud. Something that helps quiet the vocal minority are their extremely small batch world-class barrel-aged beers. These unique cork-n-cage beers are produced and sold as the Hidden Barrel Collection, and have won many prestigious awards. Released as very small batches, they can sell for as much as $25 per 750mL bottle. All four batches the brewers were currently working on (and we were able to taste) are sour fruit beers that are aged for ten or more months (a portion in oak barrels) and fermented with brettanamyces yeast and souring agents. The brews, made with peaches, apricots and cherries, are sold exclusively within the Denver metro as special releases but go out totally unnanounced. You need to just get lucky, or have the inside scoop at the right local liquor store, to score one of these truly unique single 750 ml bottles. If you ever see one, grab it quick - you won’t be disappointed. 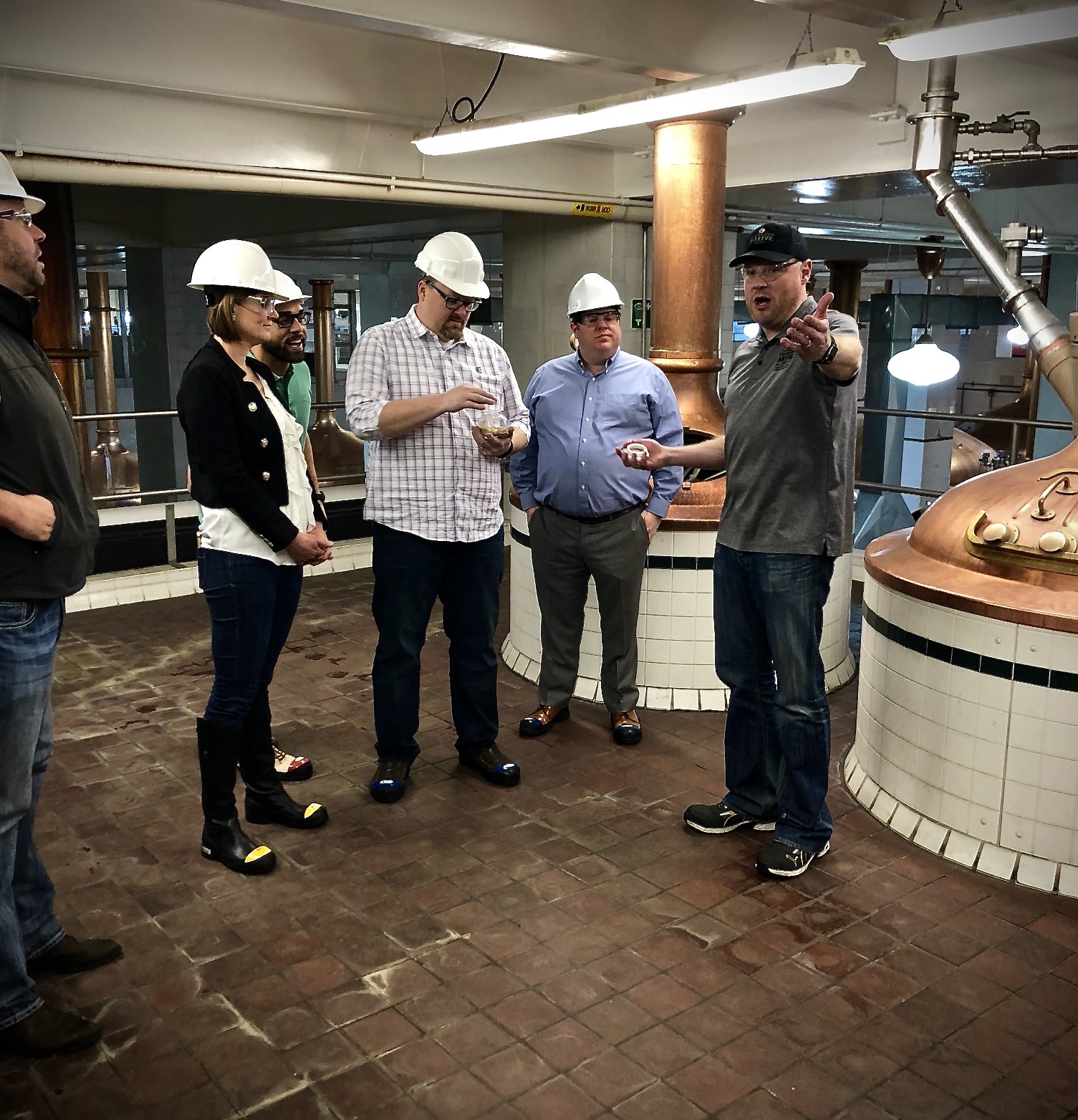 AC Golden’s line of Colorado Native beers is truly unique, wonderfully tasty, and quintessentially Colorado. We were able to taste their entire current line, and I have to say - no one on our team wanted to leave once we started drinking! Those with us that hadn’t tried Colorado Native were in awe at how easy drinking their entire line was, even the heavier selections with their robust flavors. Everything we tried truly left you wanting more and feeling as though this was the beer you wanted if you were sitting on a back porch in July. The amber lager, the golden lager, and the pilsner lager are their largest sellers and offered year round. They compliment their year round line-up with a series of seasonal beers, Colorado Imperial Porter in the first quarter, Colorado Native Saison in the second quarter, Olathe Lager in the third quarter, and Colorado Native Winterfest in the fourth quarter. 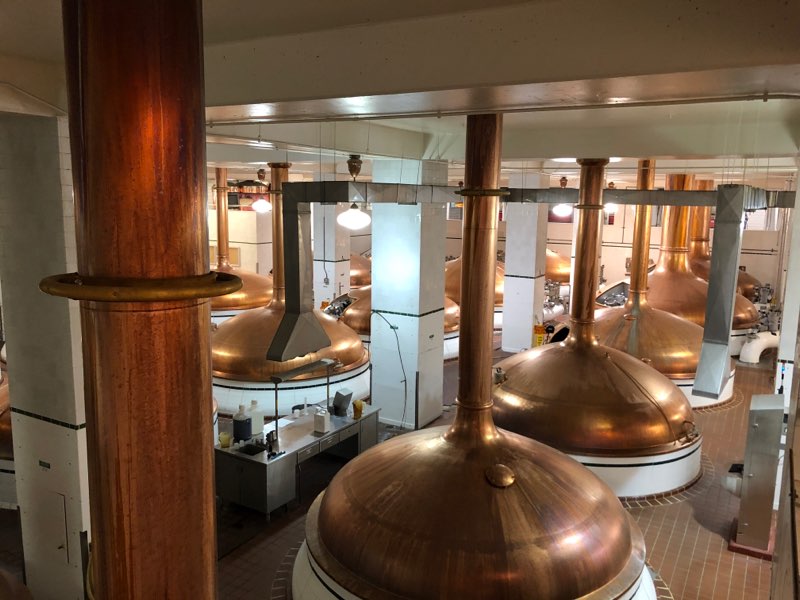 Annually, AC Golden will produce approximately 15,000 barrels of beer (aka 465,000 gallons). This may sound like a lot, but actually puts the fellas at AC Golden in the realm of the other true independent local brewhouses and nowhere near the production of the big boys over at Coors. Heck, they’re not even making enough beer to let one bottle leave the state. We know we know, ‘but it’s owned by Coors.’ Don’t let that blind you, this is a small team making quality beers with great autonomy, led by brewer’s passions. There’s no part of what goes into that bottle that has a millisecond of thought for corporate profits behind it. Next time you see Colorado Native, do yourself a favor and grab one (or three!). 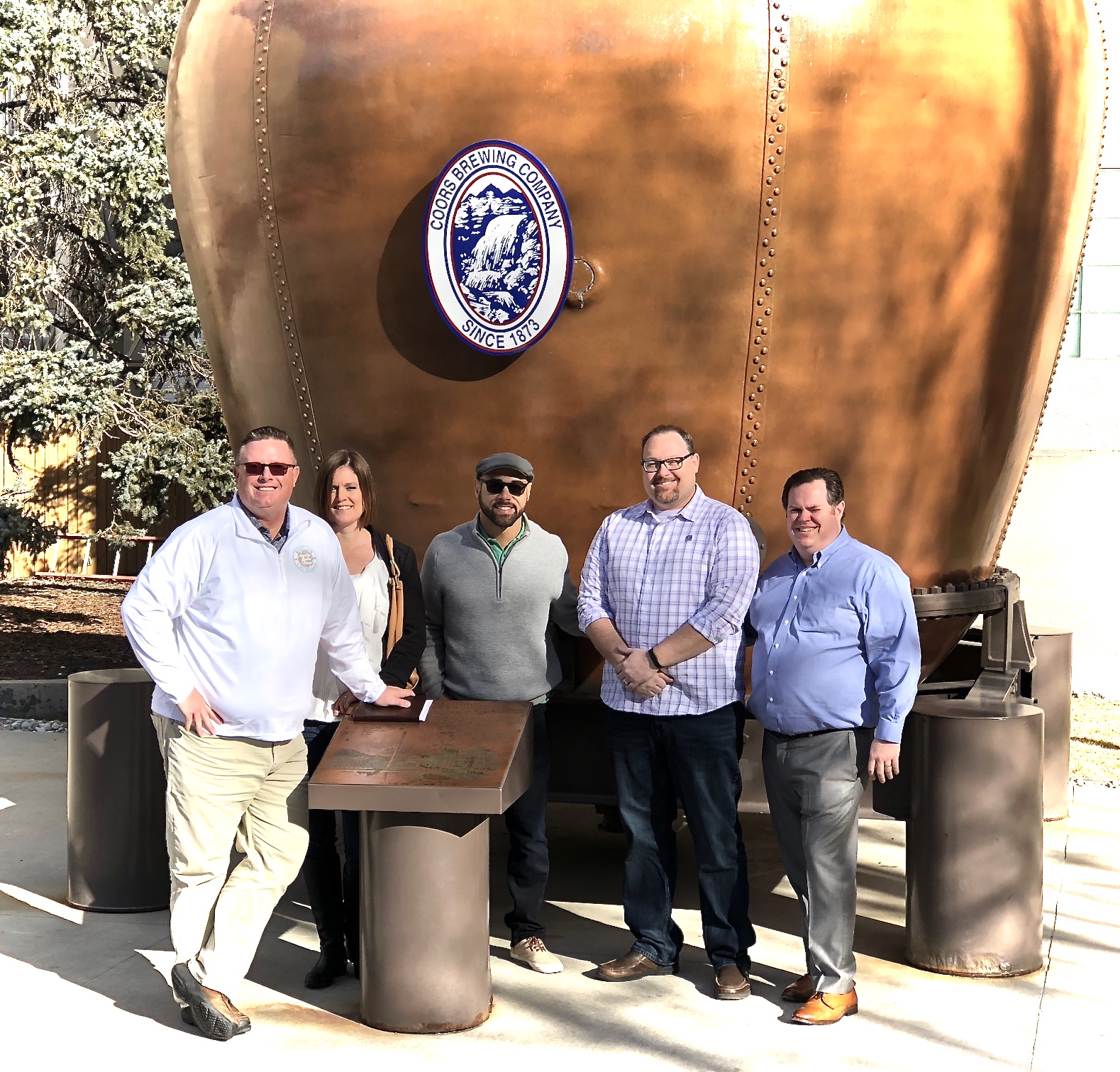