We get asked all the time, "when is the market going to slow down?" While we can't answer that question with complete certainty, we can say that there was no slowing down in 2017. It was another year full of shattered records. Even with an increase in inventory and slightly higher mortgage rates, demand proved high and generated a wave of activity even greater than last year! Because we can't understand where we are going until we know where we have been, its important to look back at 2017. Let's see just how record breaking it was. 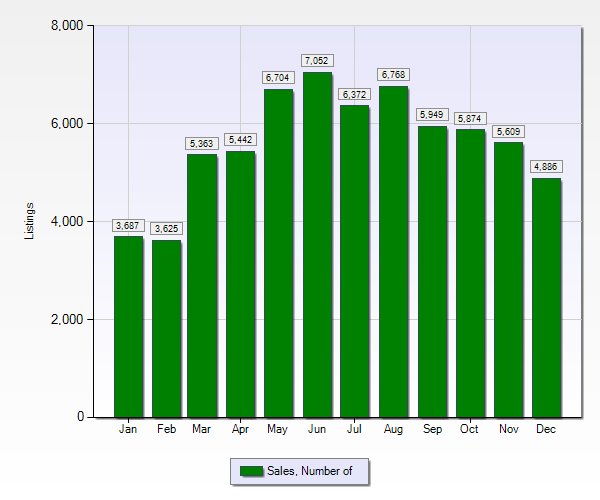 Looking more specifically at sales trends this year, we see a couple interesting trends. The first trend we see is the large jump in sales from February to March. As we predicted in the past the "hot" home buying season has become longer and is starting earlier each year. This year, we see that sales really picked up in March, meaning these homes were in the market in February (with an average of 30 days before the closing). Another noteworthy trend is that no single month in 2017 contributed to the massive increase in sales. Each month in 2017 featured more sales relative to any year prior. Also important to note: this is a record for the most sales in a year in the Denver Metro Area.

Last year, the median sale price for the same home was $372,450. This represents a 7.4% increase in value year over year. While it's less than the rate of appreciation we saw last year, its still a very high rate that likely will rank as one of the highest in the country. This is the all-time record for the Denver Metro Area.

$270,000 - The median sale price of a condo or townhome in the Denver Metro Area

Last year, the same home cost $243,000, representing an 11.1% increase in value year over year. The minor discrepancy in appreciation rates between single family and attached homes can likely be attributed to the discrepancy in sale price - attached homes are still more affordable on average. This is the all time record for the Denver Metro Area. 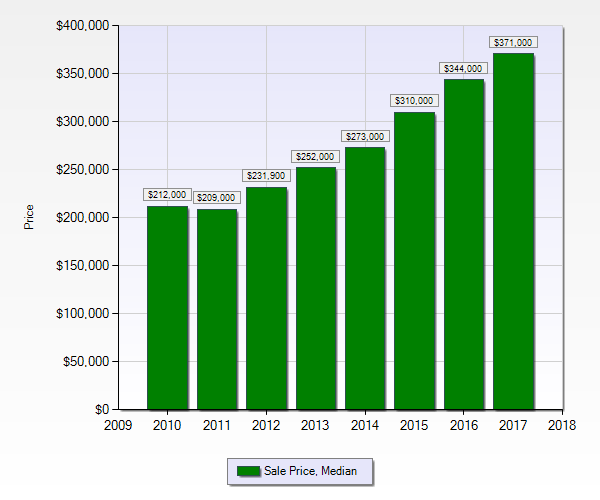 This chart shows the combined median sale price (single family + condos/townhomes) for the Denver Metro Area over the past 8 years. It shows a very strong market with strong appreciation every year since 2011.

99.8% - The average sold price relative to the original price.

What this tells us is that demand is still high. Homes that are priced right are selling at list price. While this is slightly below the 100.77% we saw last year, the difference is fairly negligible.

In addition to shattering records left and right, 2017 showed continuing signs of some new and exciting trends. Let's take a minute to break a few of these downs.

In We hear people all the time telling us they want to wait until the "spring time" before they list their home. The common conception is that "spring" is the best time to list your home because the market get hot then. While this isn't entirely incorrect, what we are seeing is that "spring time" is starting sooner each year. Take a look at the chart below and we'll break this trend down a little further. 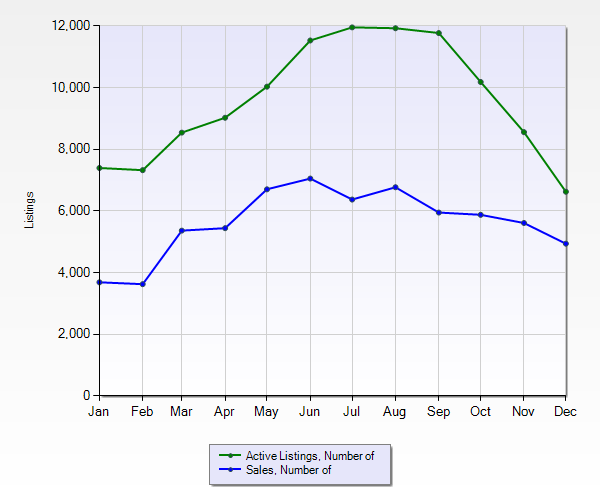 This chart breaks down the number of sales (blue line) each month in 2017 and the number of active listings (green line) in each month in 2017. You'll hear talk all the time about how spring is the best time to sell your home. It seems everyone has caught onto this idea and in an effort to get ahead of the spring frenzy we are starting to see more homes sell earlier in the year. Specifically, we have seen a leap in homes sold in February and March.

This makes sense for a few reasons. In an effort to get ahead of the spring sale season, buyers are starting to shop for homes sooner after the new year. Following the holidays, buyers typically can get ready to purchase a home quicker than a seller and prepare to list a home. In recent years, this means buyers are out in force earlier each year.

Looking at the graph above, we can see this trend in action. The active listings show how many homes were for sale each month this past year. The sales line shows how many homes closed each month. Because homes typically take 30-45 to go from "under contract" to close, the number of homes that closed in March for instance, actually represents the number of homes that went under contract in February. Where these lines are closest together typically represents the best time to sell. It represents the lowest level of competition between listings relative to the number of active buyers.

1. Price Growth will likely slow, but it won't stop.

National home prices have climbed for 23 consecutive months. From January through October 2017 the Case-Shiller U.S. National Home Price Index increased 5.92%, on track for the biggest gains since 2013 when the market was finally recovering from the bust. The hottest markets last year were western cities like Seattle and Las Vegas where closing prices rose 12.7% and 10.2% respectively. Experts say prices will continue their march higher in 2018, but the rate of increases will slow. “Underlying the rising prices for both new and existing homes are low interest rates, low unemployment and continuing economic growth. Some of these favorable factors may shift in 2018,” noted David Blitzer, head of the Index Committee at S&P in the most recent release of the monthly reading.

In December the Federal Reserve bumped short term interest rates 25 basis points to between 1.25% and 1.50%. Historically, movement from the Fed has had a corresponding effect on mortgage rates, but three hikes in 2017 and two in 2016 only moved the cost of a home loan slightly higher, casting doubt on just how much of a difference the three hikes Fed policy makers have projected for 2018 will have on housing.

Experts tend to agree mortgage rates will finish the year between 4% and 4.5%. That’s a touch higher than the rates for most of 2017 but still historically low. What they disagree on is how we’ll get there. Ralph McLaughlin, chief economist at Trulia, for example, expects a slow and steady rise. Greg McBride, chief financial analyst at Bankrate.com, anticipates volatility with rates “dipping below 4% at least once, spiking above 4.5% and closing the year around 4.5%.”

After a decade of decline the homeownership rate finally ticked up in 2017. By the third quarter, 63.9% of households were occupied by owners--up from a low of 62.9% in the second quarter of 2016. As Millennials age this trend is expected to continue. The generation of adults born after 1980 were slow to enter the housing market, but as a growing share of them get married and have kids they are buying homes at rates equal to their parents. In fact, single millennials are more likely to own a home than prior generations of singles.